Establishing a Niche in Type Design

Over the past decade, interest in typography has grown considerably in Latin America. Most notably, supermarket labels and brand packaging underwent interesting facelifts and failed themselves of newer typography.

Alejandro Paul will showcase some of these changes, the new Latin American packaging aesthetic, and the role of designers between brand and consumer.

He will also show how his focus on digital calligraphy positioned his Sudtipos brand as one of the most requested source of typography for the new letterpress and stationery wave, and how his work was accepted by calligraphy traditionalists.

Part of this presentation will also be about Paul’s experimentation in human body typography, a non-professional design niche, and the overall evolution about his experimental typography in general. 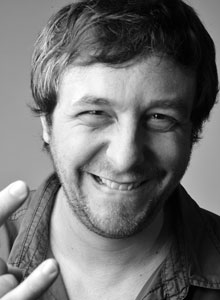 Ale Paul is one of the founders of the Sudtipos project, a key reference for the quality of its work. His work has contributed enormously in placing Argentina firmly on the map of Graphic Design.

Ale’s career as an art director landed him in some of Argentina’s most prestigious studios, and handling such high-profile corporate brands as Procter & Gamble, SC Johnson, Danone, and others.

With the founding of Sudtipos Ale shifted his efforts to typeface design, creating fonts and lettering for several top packaging agencies, along with commercial faces.

In 2012 his font Piel Script was selected at Letter2. He has received four certificates of excellence from the Type Directors Club NY and several awards at the Tipos Latinos biennial of typography.

His work has been featured in publications around the globe, including Eye, Communication Arts, Print, Creative Review, Visual, Creative Arts, Novum and many others.

He has been designated ATypi’s country delegate and is a member of the Alliance Graphique Internationale and the first one for Argentina.