In Western countries square sans serif letters are almost the “default” choice for public signs. In fact, rounded sans serifs have not been widely available until recently in the West, and although there are some successful typefaces such as VAG Rounded, they have not been chosen for signage.

In Japan, however, rounded sans serif letters have been the first choice for public signs for many years. When I was a schoolboy, hand-painted signs and messages like “Keep Off” or “Danger” were usually drawn in a rounded sans style. I enjoyed reading them around me in my everyday life.

In my presentation I will discuss why rounded sans have historically been so popular as signage letters in Japan and also look at why they are being replaced with square sans today. 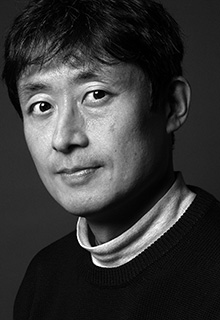 Akira Kobayashi is type director at Monotype GmbH (formerly Linotype GmbH). Studied at Musashino Art University in Tokyo, he began his career as a type designer at Sha-Ken Co., Ltd. in 1983. After working for six years at Sha-Ken, he went to London in 1989 to study calligraphy and typography. On his return to Japan in 1990, he entered Jiyu-Kobo, Ltd. and engaged in designing and digitizing the Japanese fonts Hiragino Mincho and Hiragino Gothic until 1993. From 1993 to 1997 he worked for TypeBank Co., Ltd., where he designed Latin typefaces to accompany the foundry’s digital Japanese fonts. From 1997 to 2001 he worked as a freelance designer and won numerous international awards for his typefaces.

After completing the design of the Latin alphabet to accompany Type Project’s Axis Japanese fonts in 2000, he moved to Germany in 2001 to assume his current position. As type director he controls the aesthetic quality of in-house typefaces, creates digital versions of classic type families, and develops corporate fonts, while designing his own typefaces. He has also collaborated with the two renowned designers of Adrian Frutiger and Hermann Zapf to modernize their earlier type designs.