The Content of Form: Islamic Calligraphy
between Textuality and Pictoriality

Received opinion holds that Islamic calligraphy arose in response to a purported ban on representational art. This widely held (and thoroughly modern) view is problematic both because it naturalizes the history of visual arts in Europe as the norm and because it fails to account for the presence of representational art in numerous media, from textiles to miniatures and even (albeit rarely) wall paintings.

In this talk I shall describe the relationship between calligraphy and image not as the former substituting for the latter, but rather in terms of the value-added provided by form to textual content.

I shall discuss not only calligraphic pictures, a well-known artform in the Near East and South Asia, but also some calligraphic works that might appear at first sight to be no more than pure text.

I hope to show that the meaning of inscriptions is often inflected by the shapes of letters and/or compositions in a highly distinctive way, so that a given text written plainly would lack some of the meanings that the very same text conveys as an accomplished work of calligraphy.

Consequently I would suggest that Islamic calligraphy must be approached at several levels: as text, script, image, and most of all as a unique artform that is far more than the sum of its parts. 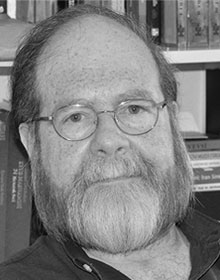 İrvin Cemil Schick holds a PhD from the Massachusetts Institute of Technology. He has taught at Harvard University and MIT, and is currently at İstanbul Şehir University.

He is the author of The Erotic Margin: Sexuality and Spatiality in Alteritist Discourse (1999), The Fair Circassian: Adventures of an Orientalist Motif (in Turkish, 2004), European Female Captives and their Muslim Masters: Narratives of Captivity in ‘Turkish’ Lands (in Turkish, 2005), and Writing the Body, Society, and the Universe: on Islam, Gender, and Culture (in Turkish, 2011) and the editor or co-editor of The M. Uğur Derman 65th Birthday Festschrift (2000), Turkey in Transition: New Perspectives (with E. Ahmet Tonak, 1987), Women in the Ottoman Balkans: Gender, Culture and History (with Amila Buturović, 2007), and Calligraphy and Architecture in the Muslim World (with Mohammad Gharipour, forthcoming in 2013).