The Stroke is the title of a book written by Dutch designer and teacher Gerrit Noordzij, discussing his theory about lettershapes. That theory can be explained in a few sentences and a couple of drawings, but may take years to digest. Through the international Type & Media curriculum at the Royal Academy in The Hague (KABK), led by several of Noordzij’s students, the principles of The Stroke have influenced dozens, perhaps hundreds, of type designers and typographers across the world. 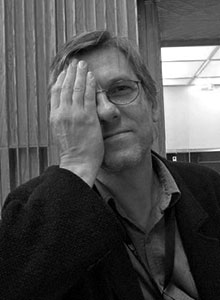 Jan Middendorp is an independent writer and designer based in Berlin. As an author specialized in graphic design and typography, he has contributed to international design magazines including Eye, Baseline, Grafik Tasarım, Typo, and Etapes. His books include Dutch type (2004), Made with FontFont (2006, with Erik Spiekermann), Creative Characters (2010), Type Navigator (2011, with TwoPoints.Net) and Shaping Text (2012). He currently works on book projects with Ypsilon publishers (Paris), Gestalten (Berlin), and BIS Publishers (Amsterdam). He was a consultant during the start-up phase of the Museum of Graphic Design in Breda, the Netherlands. He works as an editor and consultant for MyFonts, and currently teaches at Berlin’s Weissensee college and the Plantin Institute of Typography in Antwerp.